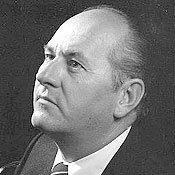 ISAAC (IKE) DYCK June 4, 1938 - November 6, 2005 It is with great sadness that the family announces the sudden passing of our beloved husband, father and grandfather on Sunday, November 6, 2005. His Heavenly Father called him home and we know he is there now waiting for us to join him. Ike will be lovingly remembered by his devoted wife, Mary, of 46 years; son Sheldon (Cathy); daughter Val Wilson (Ken); daughter Angela Francis (Dean) and his greatly treasured grandchildren, Eric, Brendan, Alissa, Andrew and Simone. He also leaves to mourn his brothers and sisters, John (Rose), Diedrich (Susan), Helen (Harry), Susan (Pete), Margaret (Ben) and Betty (Gilbert), and their families, as well as his numerous sister and brothers-in-law, nieces and nephews, and many, many friends. Ike loved travelling and the great outdoors. He enjoyed fishing, hunting and camping with family and friends. Most of his recent weekday afternoons were spent playing billiards with his buddies in the building. He was very active in the church, serving as Council Chairman and on numerous boards and committees. He loved serving the Lord by leading Bible studies and participating in a sing-along group for 25 years. He was always willing to lend a hand to his children, friends and neighbours and was a Jack-of-all-Trades!! Ike worked at Centra Gas as an Instrument Technician for 37 years until his retirement in 1999 and will be missed by many friends and co-workers there. Relatives and friends are invited to a viewing and sharing time on Wednesday, November 9, from 7:00 p.m. to 9:00 p.m. at the Birchwood Funeral Chapel, 150 Penfeld Dr., Steinbach, MB. Additional viewing time will be scheduled for one hour prior to the funeral service. Funeral service to be held on Thursday, November 10 at 1:00 p.m. at the Morrow Gospel Church, 755 Ste. Anne's Rd., Winnipeg, MB. Interment will follow at the Mennonite Memorial Gardens at the corner of Navin and Symington Roads. In lieu of flowers, donations may be sent to Mennonite Central Committee at 134 Plaza Dr., Winnipeg, MB R3T 5K9.

He was my friend.
Posted by Robyn at 8:55 pm
Email ThisBlogThis!Share to TwitterShare to FacebookShare to Pinterest